Thanks to the inimitable Ben Weintraub, from Merit Software, I produced events on VR and AR producing at Temple Emanu-el and the Wharton Club in New York in December, 2018, and March, 2019, respectively. Both sessions were sponsored by the VR/AR Association’s New York chapter, of which I am an advisor, and current co-chair of the Storytelling Committee.

Michael Owen, CEO of MediaCombo, and Dex Smither, director of Verizon envrmnt, presented at Temple Emanu-el on December 16, 2018, and joined me again, along with Cortney Harding, CEO of Friends with Hologram, at Wharton Club New York, on March 26, 2019. The events, ‘Virtual Reality and Augmented Reality: Producing the Future,’ discussed various use cases regarding immersive experiences for brands, public institutions, and for the emerging 5G ecosystem, which Dex Smither explained flawlessly.

Many thanks to Richard Abeeku Mills-Robertson, from Greenberg Traurig, for hosting the Wharton Club New York event. 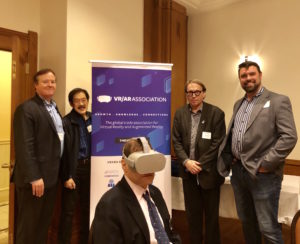 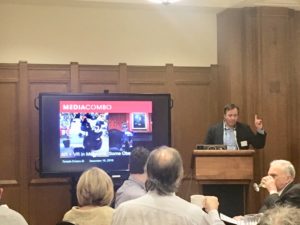 Chris Pfaff welcomes the audience at Temple Emanu-El, for the ‘Producing the Future’ event, 12.16.18 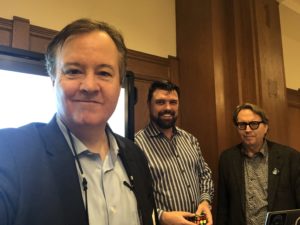 Chris Pfaff, Dex Smither, and Michael Owen, setting up for the ‘Producing the Future’ event at Temple Emanu-El, 12.16.18 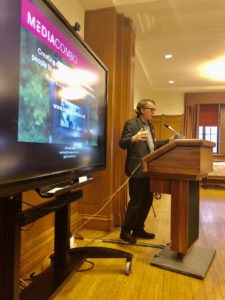 Michael Owen demonstrates MediaCombo’s AR installation at the Morgan Library, at the ‘Producing the Future’ event at Temple Emanu-El, 12.16.18 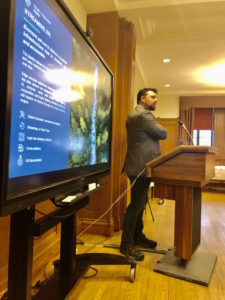 Dex Smither discusses 5G, and its significance in the streaming AR and VR ecosystem, at the ‘Producing the Future’ event at Temple Emanu-El, 12.16.18 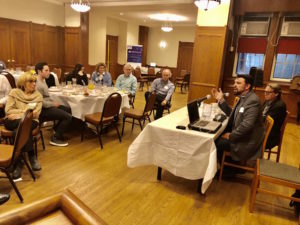 Dex Smither answers a question from the audience at the ‘Producing the Future’ event at Temple Emanu-El, 12.16.18 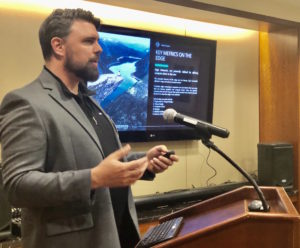 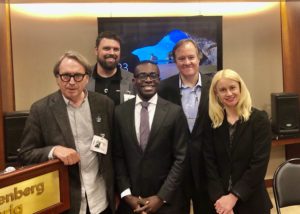 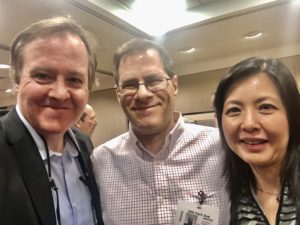 Chris Pfaff, Ben Weintraub, and a guest at the Wharton Club NY event, ‘Producing the Future,’ at Greenberg Traurig, 03.26.19 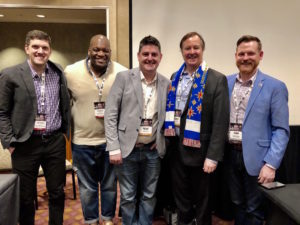 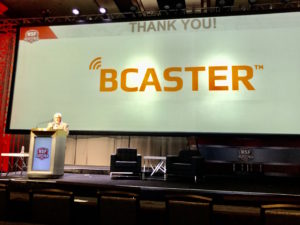 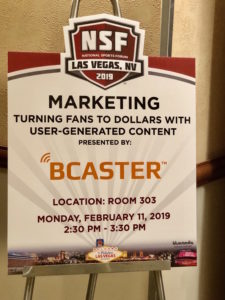 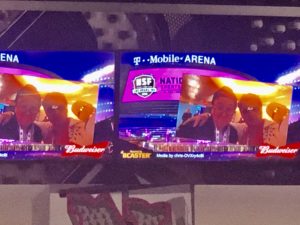 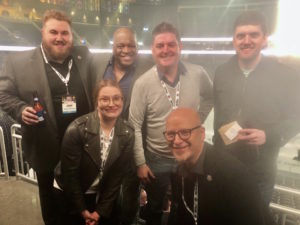 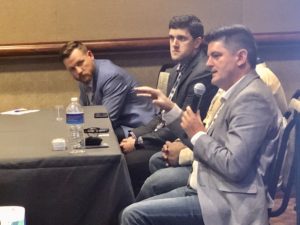 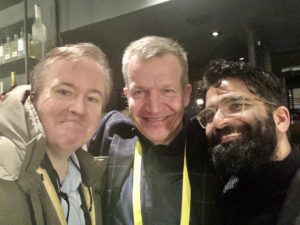 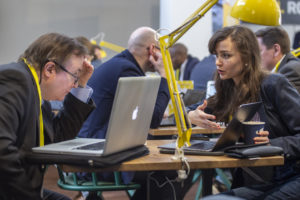 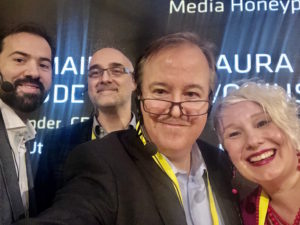 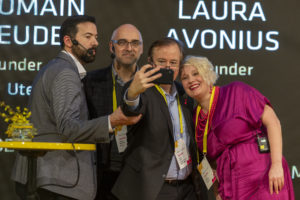 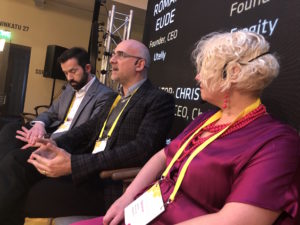 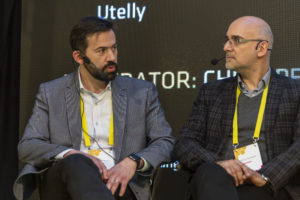 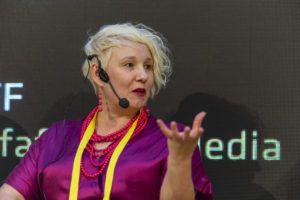 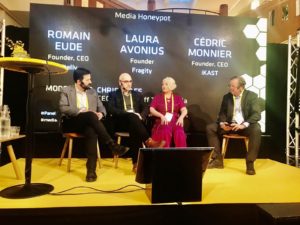 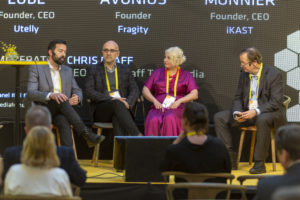 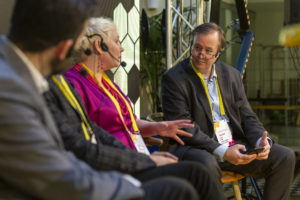 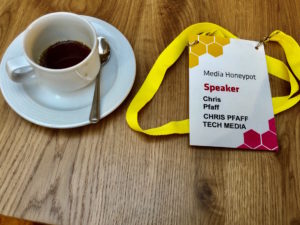