The latest augmented reality (AR) technology, and some of its leading producers, packed the house at the NYU Data Future Lab last night in SoHo, at Chris Pfaff’s ‘AR for Producers: Bending the Arc in Real Life’ event, presented with the VR/AR Association, New York Chapter. The event was held at the end of the first day of Advertising Week New York 2016, and brought together technologists and producers alike for demos and discussions regarding AR’s application to multiscreen content. 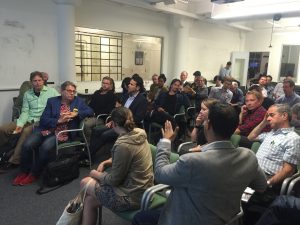 A full house of more than 75 people crowded into the Think Tank at the lab, and witnessed a presentation of Provision’s Holovision holographic display unit, which is used by several leading consumer brands. Ted Iannuzzi, creative business technologist with design and development firm Ixonos detailed the product’s significance in the context of his long history in emerging technologies. Ixonos is currently working with Provision to design the next generation of the Holovision experience, which will incorporate the first ‘touchless’ touch screen. 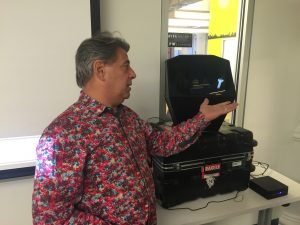 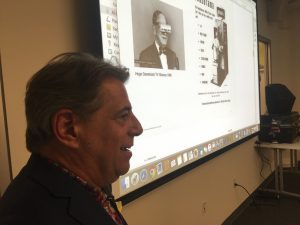 Blippar’s US director of commercial operations, Ariff Quli, led off the event, showing how the Blippar app drives interactive engagement for brands including Spotify (a playlist driven by Blippar from a Coca-Cola can) and others. Ariff even pulled an audience member aside to draw a picture, which was then rendered elegantly using Blippar’s recognition technology. 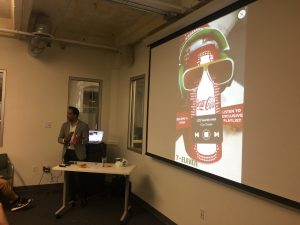 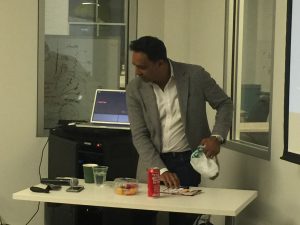 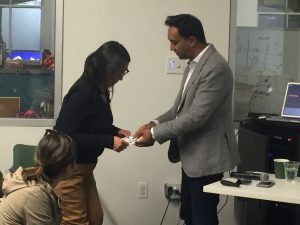 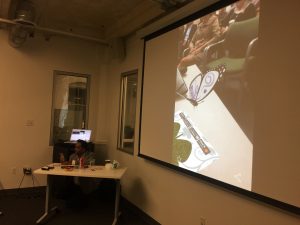 Diego Florentin, head of business development for Montevideo, Uruguay-based Squadability, showed some of his company’s industry-leading AR work for brands, including the Harry Potter exhibit at Universal Studios. He made a passionate pitch for producers to drive more content with AR tags and hooks, to enable greater development. 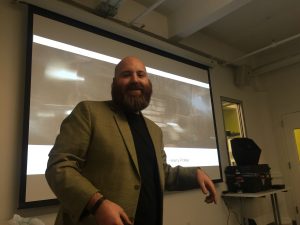 Diego Florentin, from Squadability, inspires the audience with demos of AR work for brands and media companies

Futurefly’s founder and chief product officer Ozz Hakkinen discussed his career as a successful game publisher, who wanted to move into game development, and how that spurred his latest work, the RAWR app, which applies contextual content hooks to an avatar-based experience that enables a new kind of chat. 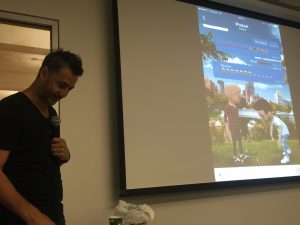 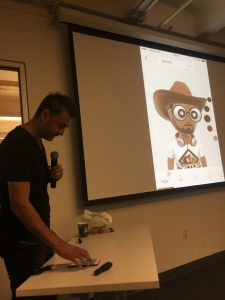 Much discussion ensued regarding the coming of Magic Leap’s platform; head-up displays (HUDs), including Osterhout Digital Group’s glasses, and the incredible impact that Pokémon Go has made on the AR industry. Much discussion took place around the latest developments in AR from the likes of Apple, Google, Facebook, and Amazon. 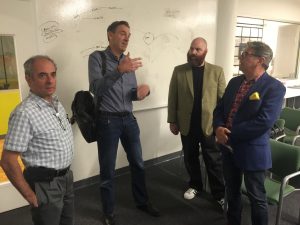 Paul Wilford (gesturing), research director at Bell Labs, talks about VR as a Service (VRaaS) before the event 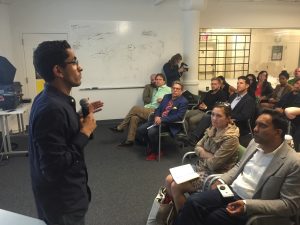