The European media community’s inaugural pre-holiday Meet & Greet event, held on December 17, 2020 on the Deal Room Events platform was a milestone for how networking events in 2021 should look: well-moderated discussion and connections between colleagues – many of whom have never met before – all in a robust virtual platform.

The event, produced by Janet Greco, leveraged Deal Room’s renowned networking features for connecting with individuals who fill out profiles in advance. With a proscribed time limit of 20 minutes per meeting – now conducted by video chat – the Deal Room platform has been successfully implemented by various event producers, most notably Arctic15, the leading Nordic venture investment event. Media Meet & Greet brought together more than 70 individuals – broadcasters, technology vendors, OTT producers, and consultants – who conducted meetings, and attended talks on the ‘Future of Work’ by John Howkins, ‘Navigating Innovation in Lockdown,’ with Vanessa Vigar, and ‘The Rise of Hyperlocal,’ with Andrew Stirling.

Chris Pfaff moderated The Pub, a convivial session that discussed ‘Streaming or Screaming.’ The event was capped with a live appearance from Los Angeles by noted rock composer, singer and multi-instrumentalist Carl Restivo (Grammy nominated songwriter for ‘Go All The Way’ from the ‘Twilight’ soundtrack, musical director for Tom Morello, Perry Farrell), who performed three solo guitar numbers that he felt were appropriate: Chuck Berry’s ‘Roll Over Beethoven,’ as the event was on the composer’s 250th birthday; ‘Have a Cigar’ by Pink Floyd, as a statement on the music industry, and ‘So Lonely’ by the Police (as we have all been locked down for nearly a year). Over the span of just a few hours, the event was a hopeful, and enlightening, way to end the year and look forward to further such gatherings that smash time and distance and bring connection to an industry that has undergone seismic shifts in an unprecedented year. 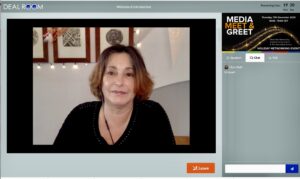 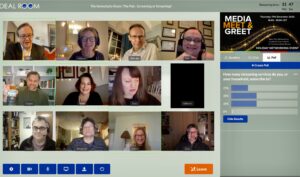 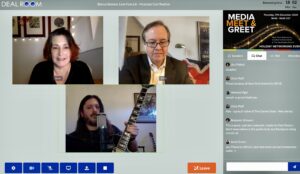 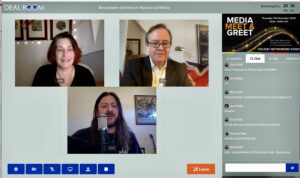 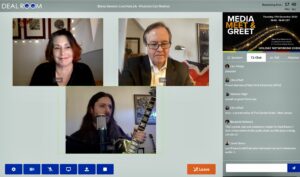